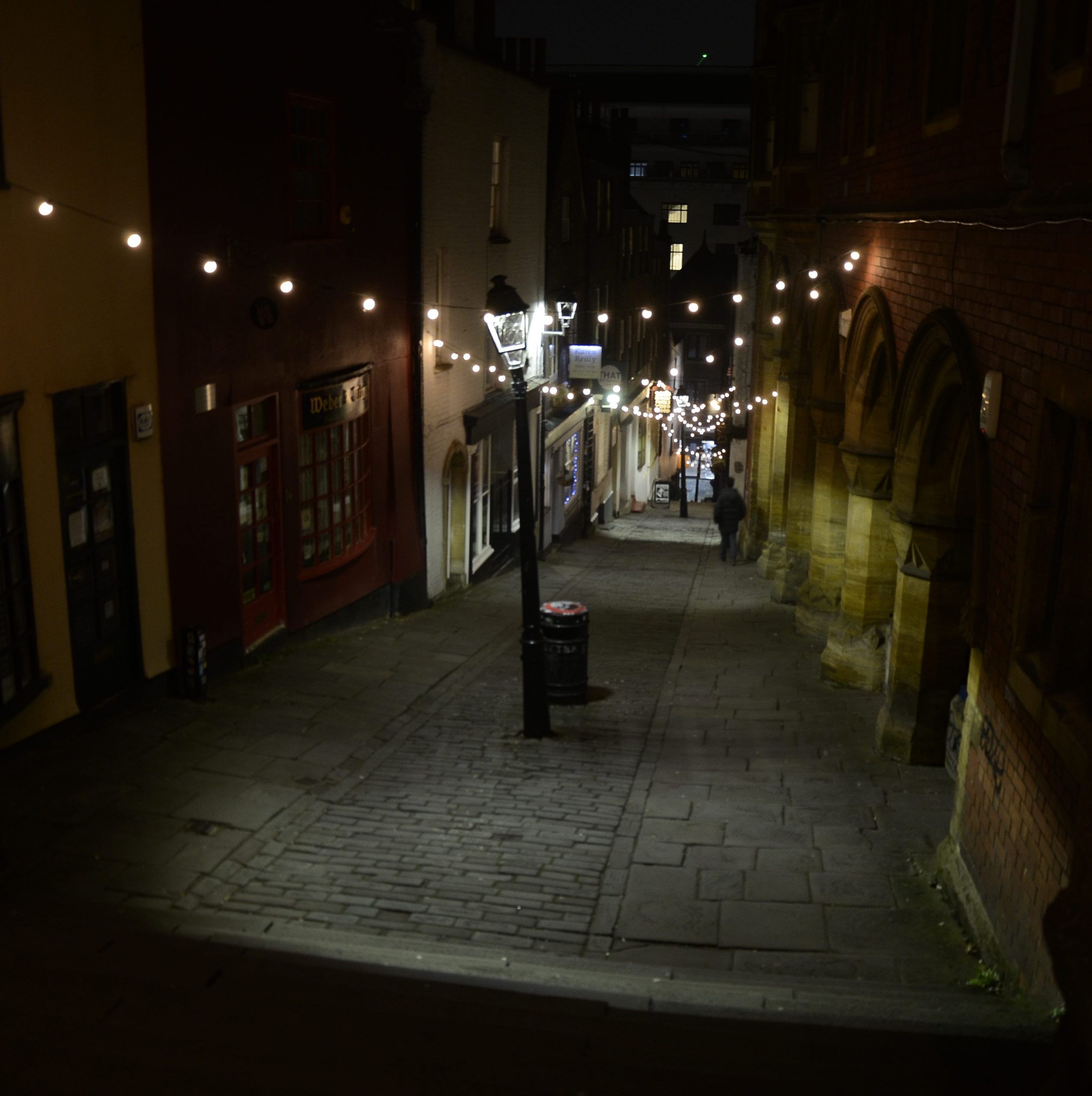 I decided to call this 6 Nights in Bristol because after all of the traveling, trying to count how many full days I was there is kind of a struggle. Half a day Wednesday and half a day Tuesday, does that count as one full day or two? Should I count the minute I got to the airport in Heathrow or not until I got off the bus in Bristol?

ANYWAY, 6 nights, 7 or 8 days in Bristol, whatever you want to call it, and I still wish I had more time.

After my seven hour flight and two hour bus ride, as I mentioned when I began in Bristol, dearest sister Samantha dragged me off to frisbee practice. I’m personally more of a soccer (football, I know) kind of gal so when the frisbee went low I reflexively kept going to kick it… Not my strongest sport.

Festivities of the evening began with a pregame at Sam’s flat. They take the frisbee thing very seriously, making us actually drink out of one. Apparently it holds 3 pints, which I was skeptical about at first. After taking way too long to finish it and disgracing the family name, I can confirm that a frisbee really does hold three pints of alcohol.

After that we crawled our way to what I now know is called Lizard Lounge, even though I may or may not remember some parts of it… Although, I have come up with a theory as to why it’s called Lizard Lounge: after going there for a night, you’ll want to hide under a rock like a lizard the entire next day.

Which is exactly what we did on Thursday. Even though we woke up feeling like death, Sam and I rallied to make the most of my short stay in Bristol. We met our cousins for lunch at a nice little spot called Cosy Club. It was indeed cosy, but THANK GOD it was not a club. I had enough trouble holding down my food as it was, alcohol would not have helped the situation.

Whenever we visit England, there is absolutely not chance that I do not visit a charity shop. I mentioned in my countdown that a charity shop is like a thrift store in that clothes are donated, but a portion of the proceeds goes to the charity that the shop represents. Needless to say, I filled up my suitcase with many bargains and Sam, the impossible shopper, even found a winter jacket.

Specifically, I had been on the hunt for a Queen/Abba-esque outfit. That night we were going to a Bohemian Rhapsody themed event at barand I was not about to show up looking flaccid. Thankfully I didn’t have to drink out of a frisbee and the night was still a success.

Aaaand this is the morning when my health issues peaked and I was feeling destroyed emotionally and physically. My ear didn’t pop on the plane, leaving me in pain and deaf. All of this good stuff in your head space is also connected to your throat so my tonsils were inflamed, and my mouth was a dry mess. If you are entertained by my struggles want the full on description, you can read about it in my last article.

Either way, I had to get a move on with it because we were driving down to Sidmouth to see my grandparents (on my dad’s side). It’s safe to say I slept the entire journey in the car, and I am a very ugly car sleeper.

Finally we arrived at my Nan and Grandpa’s house, and they are still the couple I aspire to be when I’m their age. We walked in and not a thing has changed over the years: the house is spotless, there was a lovely meal waiting for us, and it felt like home. I haven’t been over to visit in England for almost two years, so it was nice to spend the afternoon catching up and laughing in the living room.

Of course, the cousins and I dashed out to the backyard to have a look at Grandpa’s paintings. He doesn’t know it yet, but he’ll be famous like Van Gogh one day. I’m going to put my marketing degree to work to make sure of it. If you know anyone with an open gallery, let me know…

Just to put a memorable end to the day, my cousins took me to the hospital to make sure I wasn’t dying. It certainly felt like it, but the doctor reassured me I wasn’t. I happily took my new drugs and went to sleep.

In the morning, the cousins came back for a home made breakfast at Sam’s. I still don’t understand why Americans won’t eat beans for breakfast.

That afternoon my grandma (from my mom’s side) came up to visit from Plymouth. I also hadn’t seen her for two years, and she bravely made the long trip to see us because I wasn’t feeling well enough to make a 3 hour bus ride there and then back.

We made the most of the afternoon and went to San Carlos, a lush Italian restaurant that stole my heart and my stomach. The pictures won’t do it justice, but the food was to die for. I had scallops to start, and lobster ravioli as the main. I wanted to sneak into the kitchen and steal everything.

After eating more than our fill, we went for a stroll down to the Christmas markets.

Later that evening, I went out for a drink at Steam, which I absolutely fell in love with. It was so cute and cozy inside that you would completely forget it was freezing outside.

Which sadly brings us to my last night. For lunch we went to a little place by Sam’s flat called the White Rabbit. Not only was the pizza great, but it was buy one get one free! Not one of my proudest moments, but I was the only person who didn’t finish the entire pizza. More disappointment to the family name.

From there, it was a day of mostly relaxing and trying to nurse myself back to health. My ear was still in a lot of pain and after doing  some online research, which is always a mistake, I was convinced that my eardrum was going to rupture on the plane and I would permanently lose my hearing. I was having a slight panic attack, so instead of trying to work it out I went to eat some fish and chips (name). Would I even have visited England if I didn’t have any??

When Tuesday morning did finally roll around, I dragged my devastated heart out of Bristol, to the bus, and onto the plane. I certainly didn’t want to leave, but I was pretty damn excited to get to a doctor back home, for once. I survived the flight without any ruptured eardrums, but I still can’t hear out of my left ear. It might actually be a good excuse for ignoring people… But don’t worry, I have a doctor’s appointment today.

In the end, Bristol whisked me off my feet and stole my heart like a good chick flick always does. Looks like I’ll have to start planning my next visit back.

3 thoughts on “6 Nights in Bristol”