I’ve been so busy trying to write more, that I forgot I had some older posts from a few summers ago. This was from the summer of 2016, when my sister and I traveled through Europe in the summer. This is my journal from Amsterdam:

There are no better words that I could use to describe the last couple of days other than an absolute whirlwind. In the best way possible, of course. We hopped off the plane in Heathrow, England and I immediately realized that we were no longer in our Wal-Mart bubble of wearing sweatpants and leggings on the daily. Whoops. So I attempted to clean up my outfit with a pair of jeans and then we were off on our way to Amsterdam.

Seeing that pictures on the Internet can distort the idea of a place in both positive and negative directions, I really wasn’t too sure what to expect of Amsterdam. There were the supposed hookers and bountiless sexual fantasies in the Red Light District, contrasted with the beautiful architecture and winding canals. We had no idea what we were in for. (Also, my sister and I were only 17 and 19 at the time.)

After a long struggle of going back and forth on the decision of whether to drive or take the train into the city, we decided to drive. The decision couldn’t have been better. Although, as we approached inner city, we soon came to realize that the number of bikes just about outnumbered the number of cars. Bikers didn’t just have their own paved lanes – they had their own dang TRAFFIC LIGHTS. I wasn’t aware that was a thing but now I’m more than slightly jealous considering I’ve almost been bumped to the curb in Cape May a few too many times. We’ll leave that topic for another time before I get too heated.

The city is interlaced with gorgeously detailed buildings and canals that spilled through the streets, reminding me instantly of Venice. I could burn through these pages telling you about how I fell in love with Amsterdam, but I’ll let these photos speak to you instead. 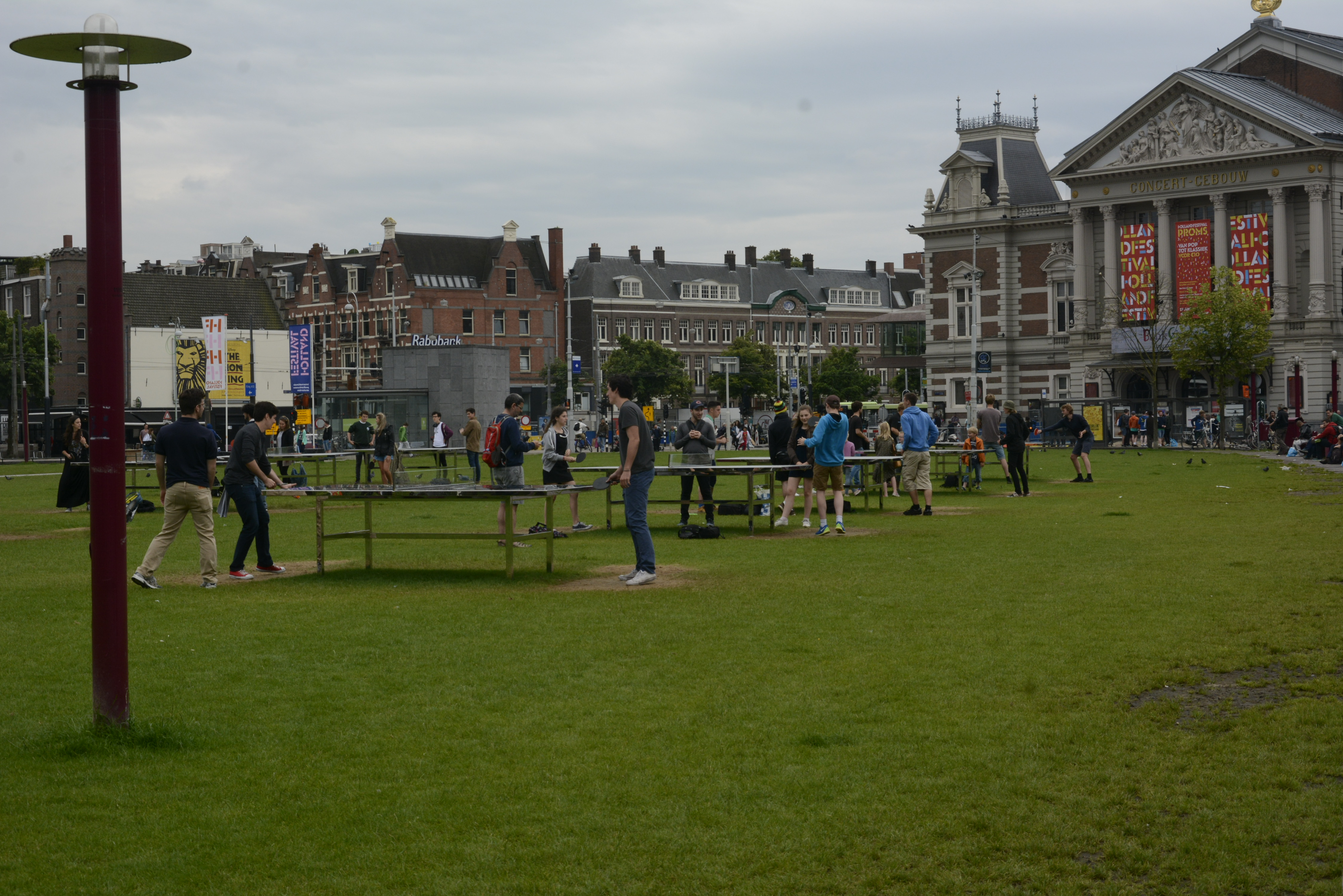 Apparently outdoor pingpong is a casual thing. Pay a few Euros and you get to pong until your little bouncing heart desires. 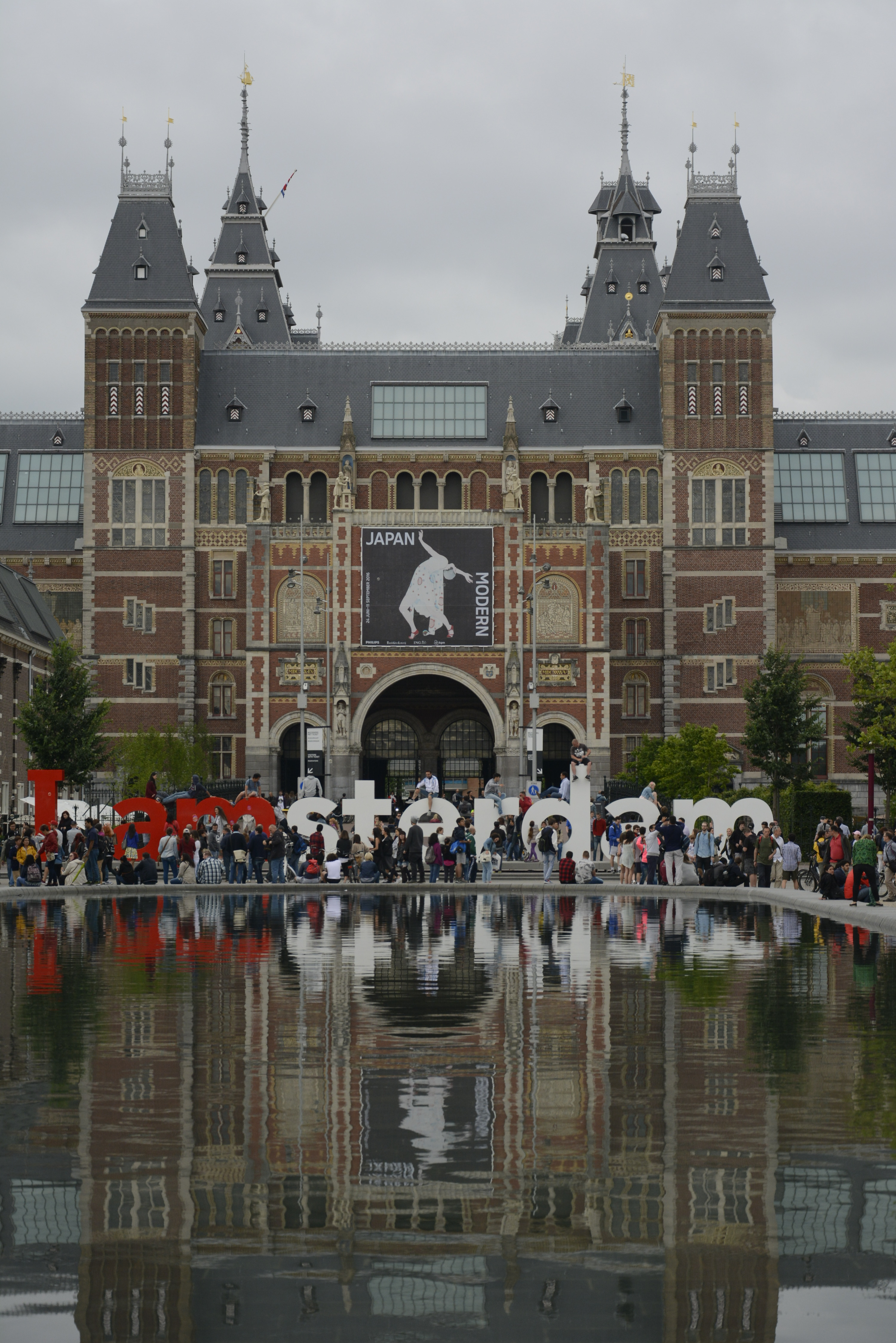 The stunning ‘I Amsterdam’ sign, with a punny play on words. 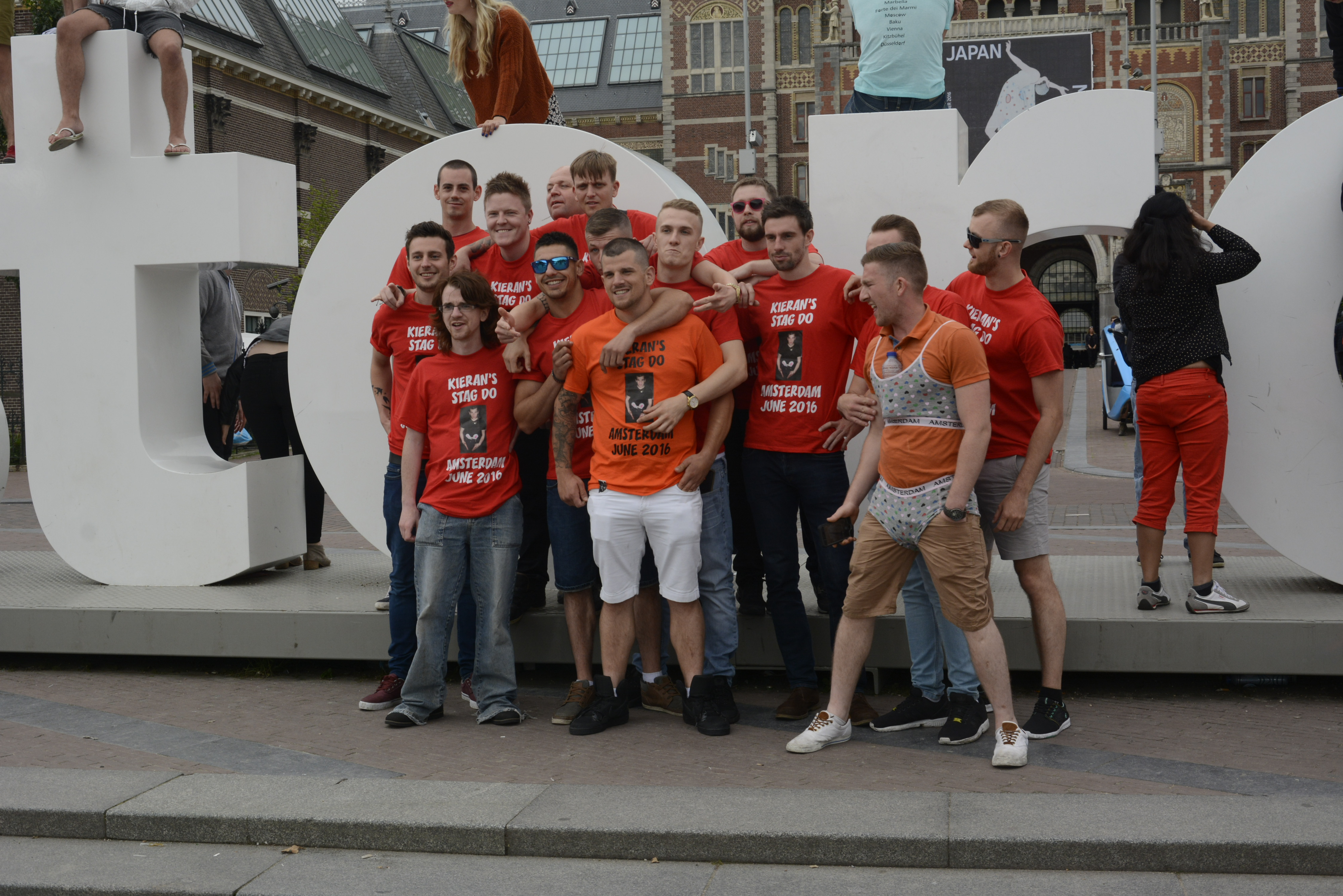 Not to mention we came across a ‘stag night,’ aka a bachelor’s party, and one of they guys happened to be wearing underwear and a bra. Also casual? 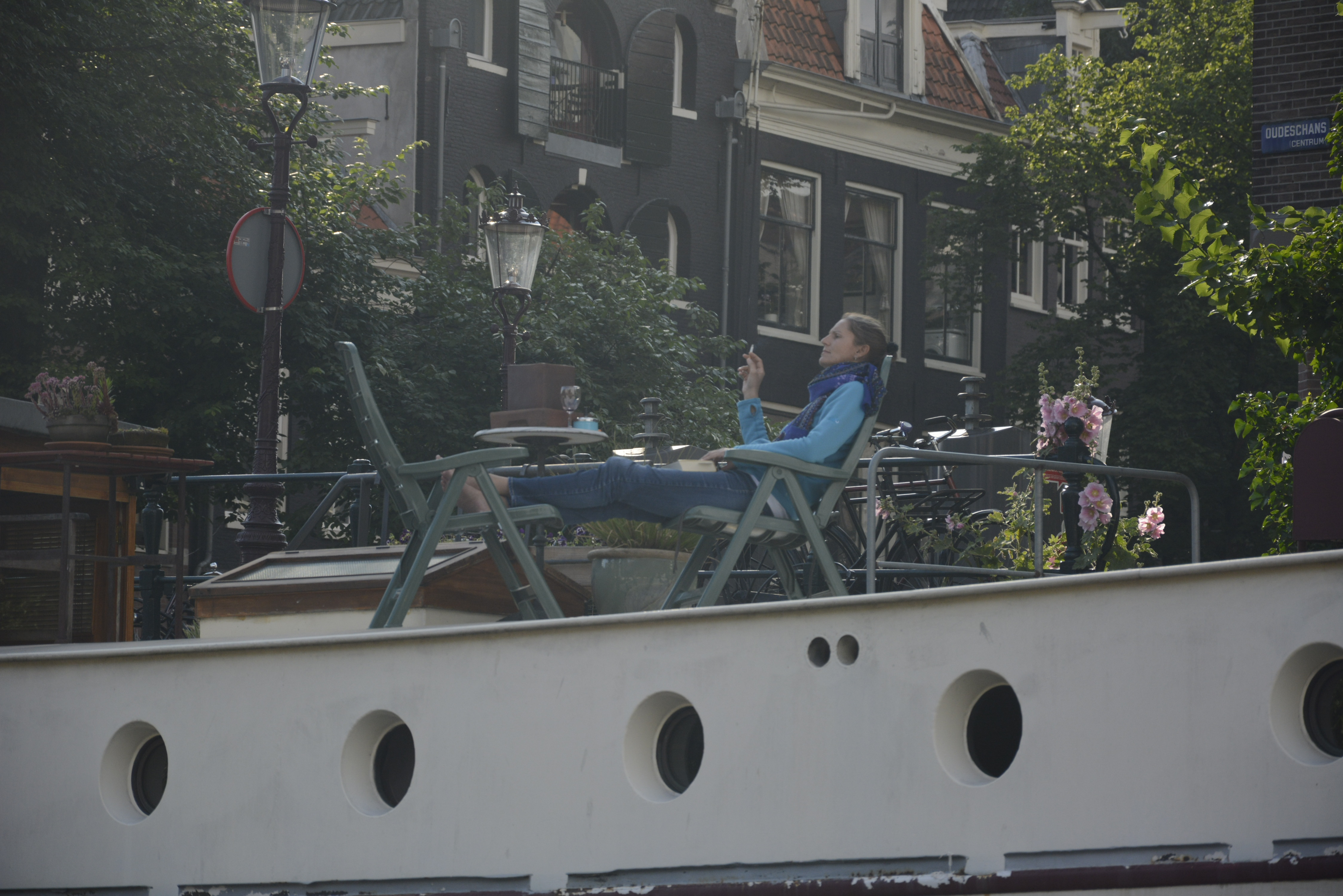 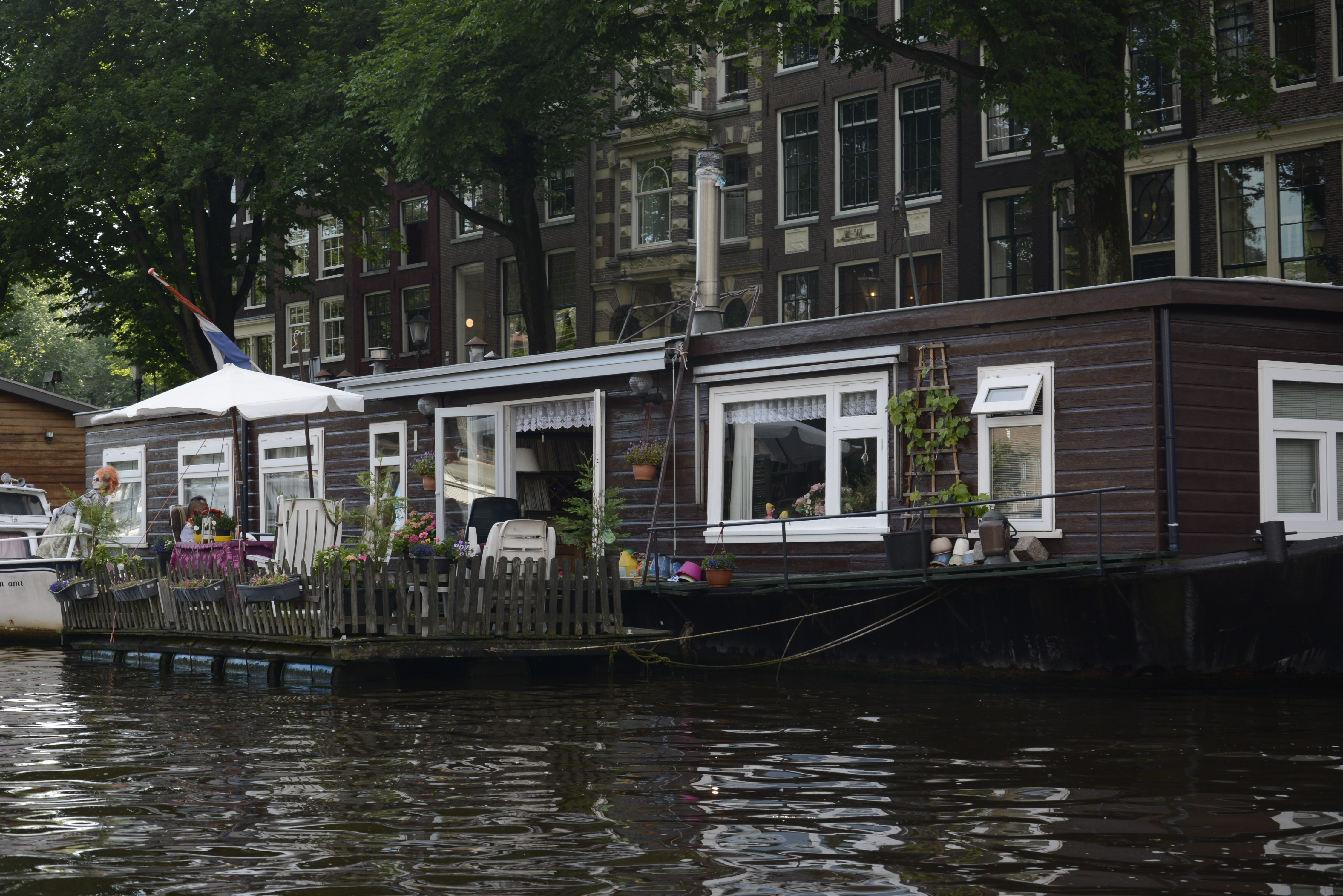 The canals weren’t only a place to take your boat, but also a place to live.

We came across a concert where the performer was on a barge, and everyone sat around and others pulled up boats to listen. America needs to step up its concert game.

Being completely honest, I wasn’t sure what to expect from Amsterdam. Little did I know it would win my heart over immediately, and now I’m determined to go back at some point. Who knows, maybe I’ll ‘accidentally’ miss my flight and get stuck there for a few months. What a shame that would be. 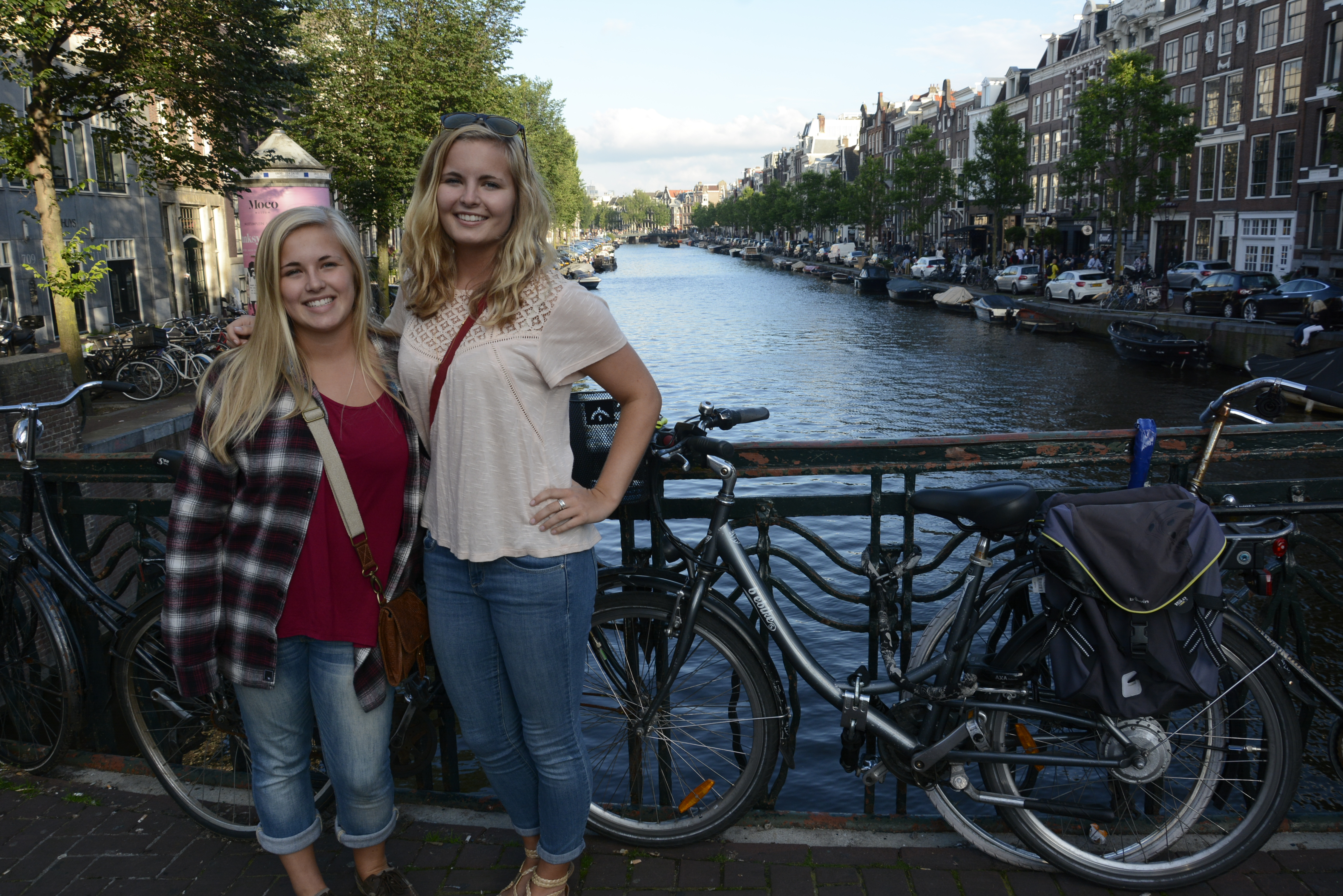 0 thoughts on “8 Hours in Amsterdam”