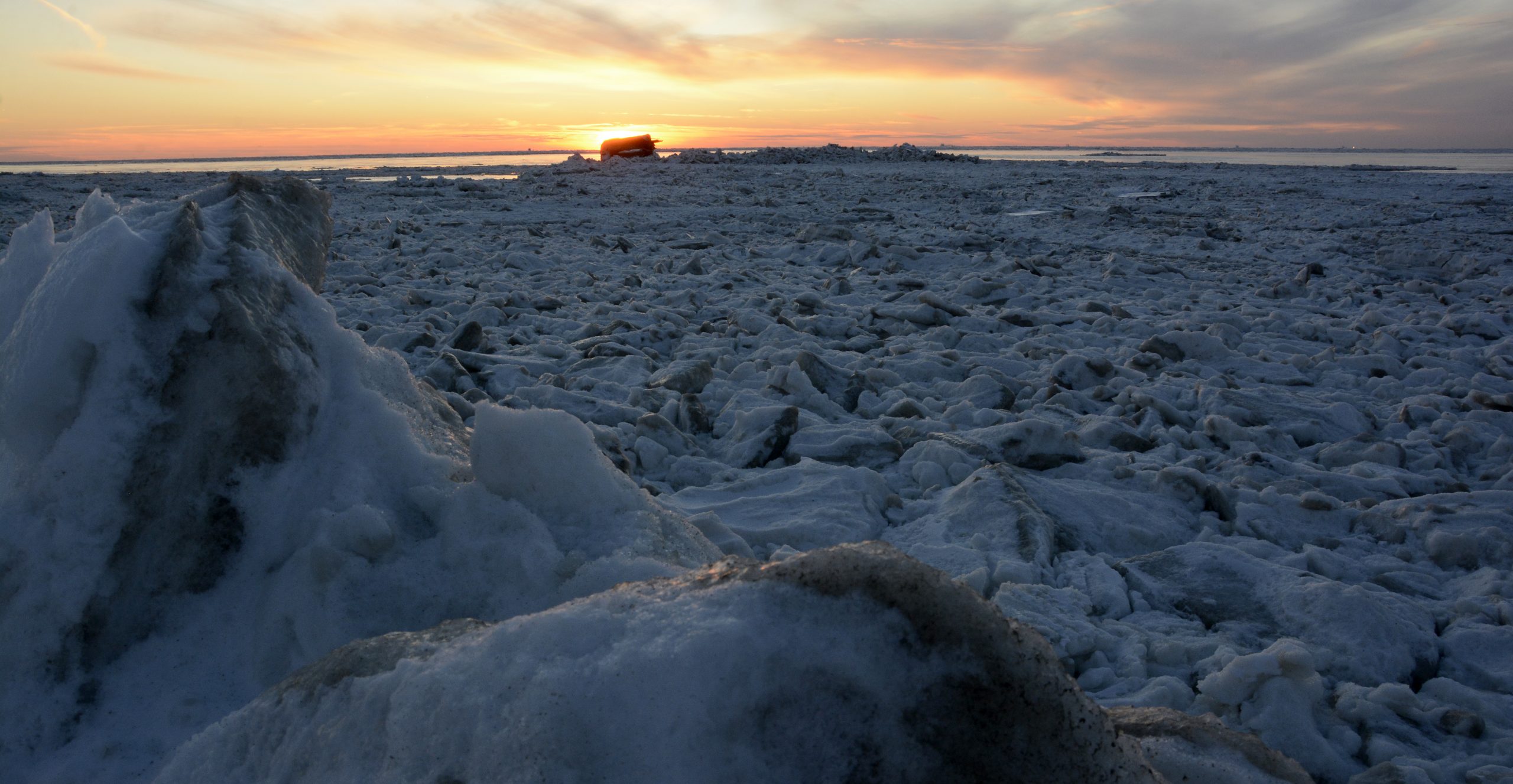 I’ve never really been a fan of snow. It’s cold and messy and makes me want to sulk in my cave of movies and junk food, but the bewildering snowfall in the past few days enchanted me to leave my miniature hibernation. I went to bed in sleepy old Cape May, and woke up the next day in a snow globe: everything coated with a heavy white blanket. While I was a day or two late getting to the sunken ship (pictured below), the frozen floor of ice presented a spectacle I hadn’t seen since I was a child, if even then. It was so dense that people were actually walking out on to it, and the fact that anyone at all actually got outside for a sunset in the winter spoke for itself.

Reporting as a news anchor with a bottle of beer instead of a microphone, this guy seemed to be having a grand old time.

At first glance, the frozen plain of ice seemed like terrain from another planet. So I decided, why not have a little fun with editing my pictures? Kids turn into astronauts, and snow turns into Saturn.