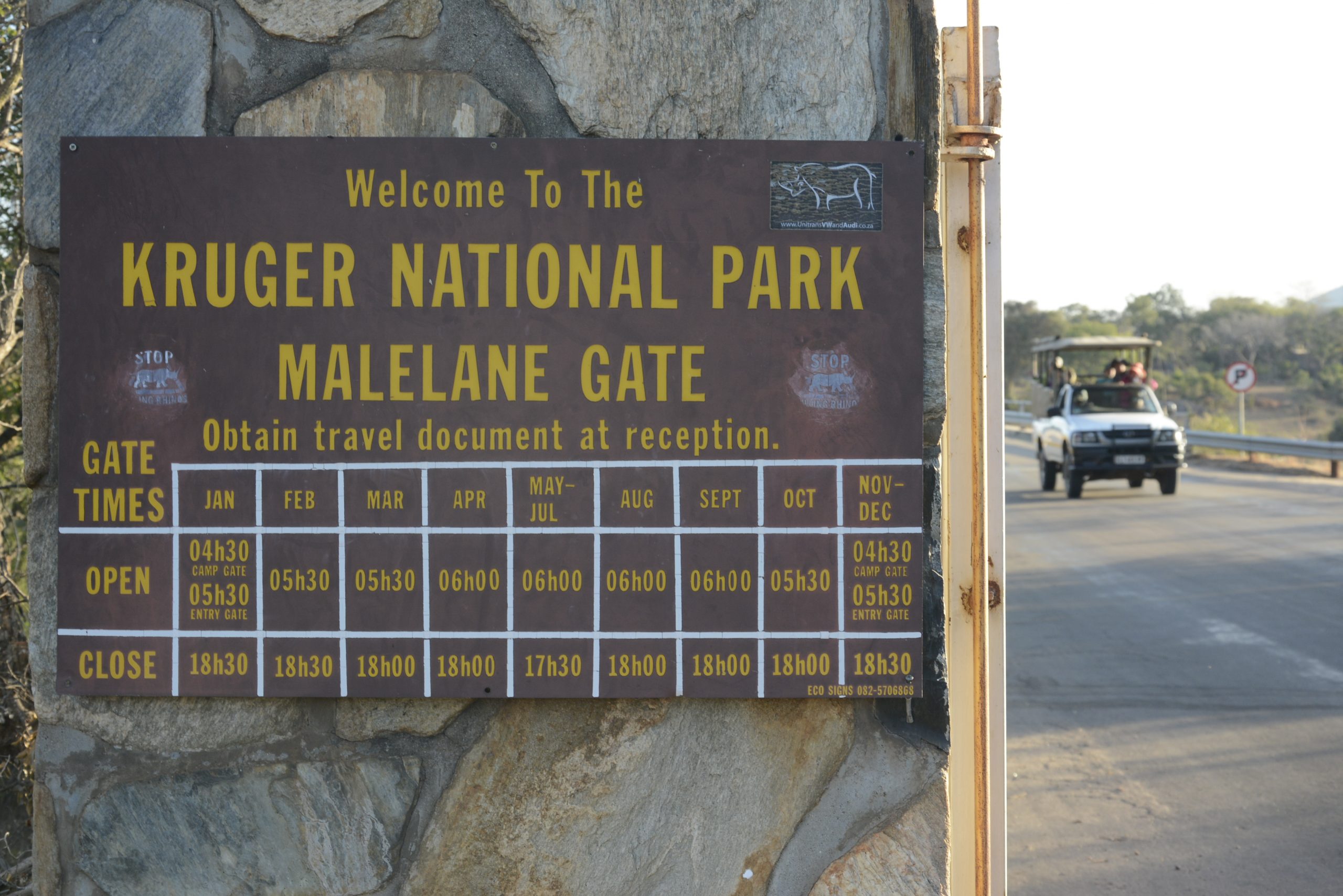 I really had no idea what I was getting into when I signed up for this whole safari thing. Our first pit stop for two nights was Berg-en-dal, one of the southernmost camps inside of Kruger National Park. The gates to each camp has a strict opening and closing time policy for the safety of visitors, just in case a lion wanted a midnight snack. With that in mind, we were up at first light to leave the gates at 6am. College did not prepare me for such early mornings.

We had been driving for less than an hour when we rounded the corner and almost had a heart attack. Less than forty feet from the side of the road were two rhinos. I had seen them at the zoo before, but these suckers looked three times as large in real life, particularly when there’s no fence in-between their two ton bodies and our flimsy metal car. They were magnificent to see up close, but every time one made a swift movement we were reminded of just how strong and dangerous they could be. They could squish us like a kid stepping on a sand castle. As one of the Big Five, they are among the top five most dangerous animals, but man, do they make for a great picture.

Excitement brimming over, we couldn’t help but stop for every little thing, including Impala. These dainty creatures are very similar to deer, but with varying color schemes and different horns. As our brakes began to wear down every time they crossed the road, we soon realized impalas are just about as common as deer are in New Jersey. Still spectacular, none the less. There may be dozens of them in a heard, but they seem to move as one single unit, simultaneously flinching as we drove past or made any kind of noise.  I got these two shots as my dad sneezed from inside the car. Imagine coming home past curfew and having these twenty sets of eyes on you.

It turns out that being amped up for so long will take its toll. Before I knew it, we had pulled over on a smaller dirt road and I was out for the count. Stone cold. You couldn’t wake me even if you dumped a bucket of river water on my head. Dad was off staring out the car window into his land of birds, nothing unexpected. From my deep land of deep sleep, a crunching noise back in the real world began to stir me. Out of my abyss I came, and the steady crunching noise grew louder. As I glanced to my left, a herd of at least 6 gargantuan elephants was making a beeline towards us with no room to spare. Bird man was oblivious until I slapped him on the arm and he put down the binoculars, instantly punching the gas and speeding away just as an elephant put its foot down where our car had been. As we pulled farther up the road, we came across a watering hole, and soon after arrived the herd of elephants. We had been directly in the way. Having escaped unscathed, we thought it one of the best moments of the trip.

Just a few minutes before a man had warned us of elephants heading our way, but we didn’t think he meant directly towards us! Next time I suppose we should take advice more literally…

To any concerned friends or family members that may be reading this, the park is very safe, but we just happened to be in the wrong place at the wrong time, not paying attention. Don’t worry, we certainly learned our lesson. But just to comfort you, here’s a picture of a cute monkey.