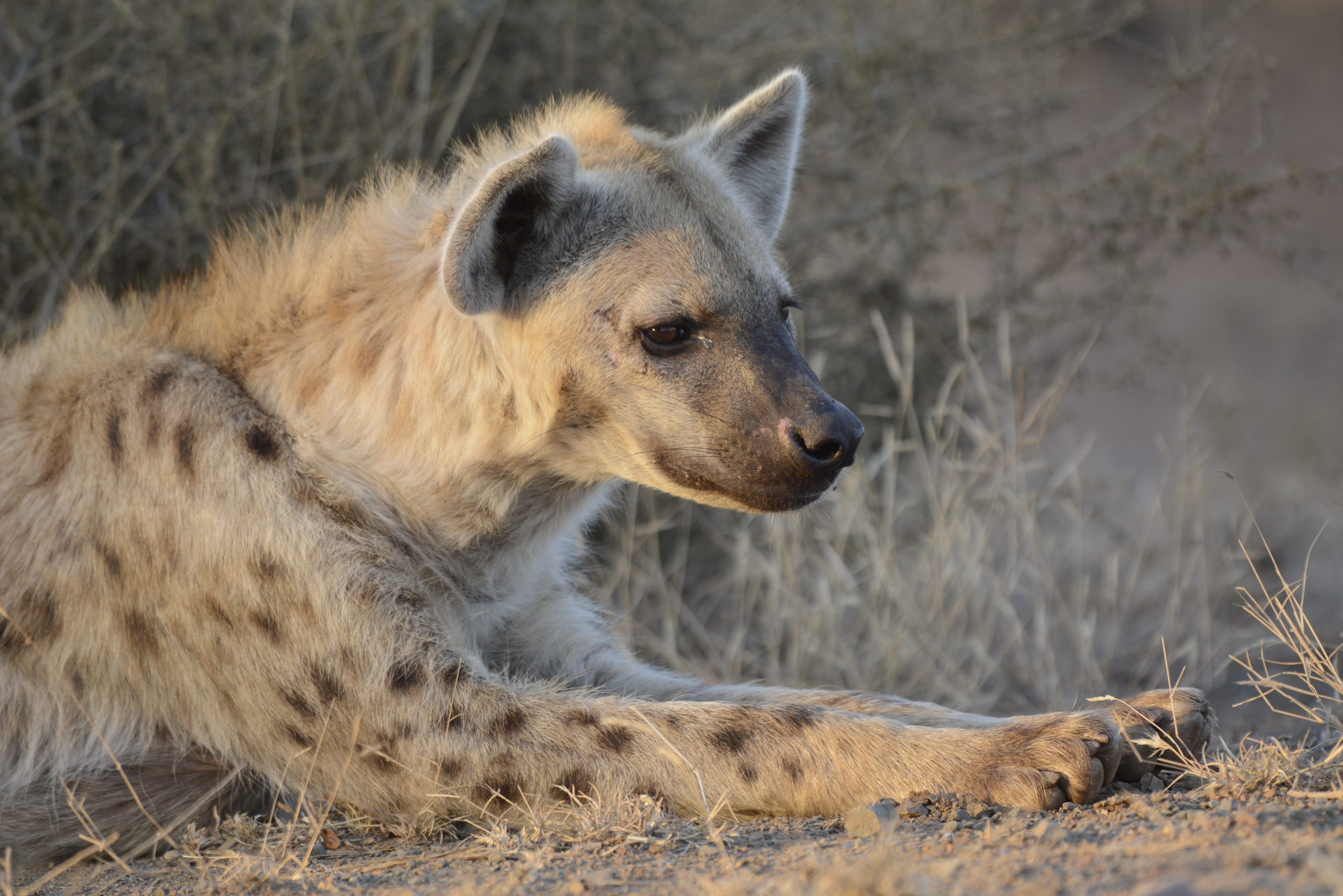 I like to call Satara the land of everything. As the second largest lodge in the park, I had my doubts, thinking there would be so many people around that the animals would be scared off. In fact, the exact opposite occurred. I learned that animals don’t see people within the cars, they simply see the car as one single moving object. For the exact reason that there are so many people at this camp, the animals have become accustomed to cars and therefore allow viewers to come much closer. Even closer than I was expecting…

We lined up to get out of the gates when they opened up at 6am only to find that there were already five cars in front of us! I was hoping more people would sleep in while they were on “vacation.” Guess not…

Driving down the road as the scenery around us shifted from silhouettes to dusted in gold took our breath away, but as a four-pawed feline waltzed onto the road, we understood the madness of waking up at 5:30 every morning to be the first out of the gates. Our new friend just so happened to be the ever-elusive leopard. Many a time we have asked park rangers, locals, and even guides for tips on looking for leopards, and all they ever did was smile and say something along the lines of, “You’ll need good placement, timing, but mostly a lot of luck.” One person even told us, “You don’t find the leopard, the leopard finds you.” So essentially, the stars had aligned in our favor and we stumbled upon a leopard just as it was crossing the road. Sadly, we have no pictures for this fellow, but it’s certainly hardwired into my memory forever.

Another friend we made includes this monkey, who effortlessly stole my heart.

From there, we encountered zebra, elephants, giraffes, Impala and Kudu (you’ll have to excuse my spelling on that one…), and more.

I had two big “lifers” today, or two things that I’m seeing for the first time, other than in the zoo. The first, I genuinely thought was a tree until it started to move. With its tall legs, awkwardly bulky body, and even longer neck, the ostrich was one that totally caught me off guard. Apparently, cars don’t scare this bird either, as it wandered across the road and even ran next to us for a few moments.

My next lifer was the one I had been waiting for, and also my self-proclaimed spirit animal due to the mane-like hair I used to have. (Shameless self promo: click here to see another blog of mine showing my crazy wig of hair and how it’s changed!) If you haven’t guessed it yet, this is my number one out of the big five: the lion. We had seen a few at a distance, but nothing like what was about to be witnessed. Driving past the hoard of cars, it wasn’t until we looked down rather than out that we realized we were right on top of the lions, literally. They were strewn across the dirt path, not even slightly bothered that cars were rolling by close enough to hear their panting. These furry felines looked sweet enough to cuddle with, but had deceptively killed a baby giraffe just hours before.

After so many incredible experiences at Satara, it was hard to say goodbye. Hopefully I can smuggle myself into someone’s suitcase and make my way back to Kruger.